Are Nanoparticles Friends or Foes?

We don’t know a lot about naturally occurring nanoparticles.

Once thought to be a laboratory curiosity, these tiny particles are now being found everywhere. For example, we now know that, minerals, metal colloids, and clay fragments with feature sizes smaller than 50 nm account for majority of the total number of airborne particles. What we don’t know is what effect these nanoparticles have on the environment, biology, and human health. Why? Because the reactivity of nanoparticle solutions is heavily dependent on how the nanoparticles agglomerate and stick together, which we still don’t know a lot about.

But researchers at the Beijing Institute of Nanoenergy and Nanosystems may have the answer with in situ liquid TEM.

Hematite nanoparticles ~10nm in diameter move quickly under the electron beam (left), but become more stable when they clustered together in ~50nm agglomerates (right)

In a recent publication in Environmental Science and Technology, these researchers realized the problem with current studies had to do with the experimental methods themselves. Typically, experiments are used to study either the nanoparticle kinetics (how they move) or the thermodynamics (how they grow). But both of these variables are well known to affect the properties of the nanoparticle solution. So, the researchers used Poseidon Select to directly observe both the kinetics and the thermodynamics, simultaneously.

What they found was that Fe2O3 nanoparticles roughly 10nm in diameter clustered together in a way that made the resulting agglomerates denser and larger than clusters formed from Fe2O3 nanoparticles approximately 30nm in diameter. As a result, the denser agglomerates should be more stable and less reactive than the others. Although this isn’t the first experiment using in situ tools to study nanoparticle agglomeration, these scientists have demonstrated their ability to continue pushing the frontier of in situ research. This is their second publication featuring Poseidon Select, which they began using just two years ago. But there is still so much more left to discover.

As our understanding of nanomaterials continues developing, cutting-edge tools like in situ liquid TEM will increasingly become vital tools for research. After all, wouldn’t you want to know about the nanoparticles you’ve breathed in while reading this? 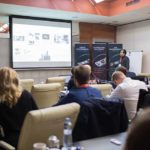 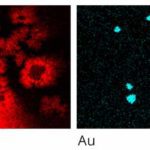 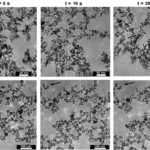 Are Nanoparticles Friends or Foes?