The Gold Revolution
Carbon film grids like C-FLAT have served the cryo-electron microscopy market for over 20 years with over 12,000 publications worldwide. With advancements in microscopes and cameras, researchers desire better sample supports that will enable higher resolution data sets, collected faster with fewer mistakes.  Au-FLAT addresses this with a strong gold alloy film that is biocompatible and minimizes beam induced motion.

Fewer Mistakes
Au-FLAT TEM grids are manufactured with an 80/20 Gold Palladium alloy film rather than pure gold.  This makes it simple, with the naked eye, to determine which side of the grid the film is on when pipetting and loading.  Additionally, the gold mesh grid is approximately 6 microns thicker than other Cryo-EM transmission electron microscopy grids, making them more robust during sample prep. 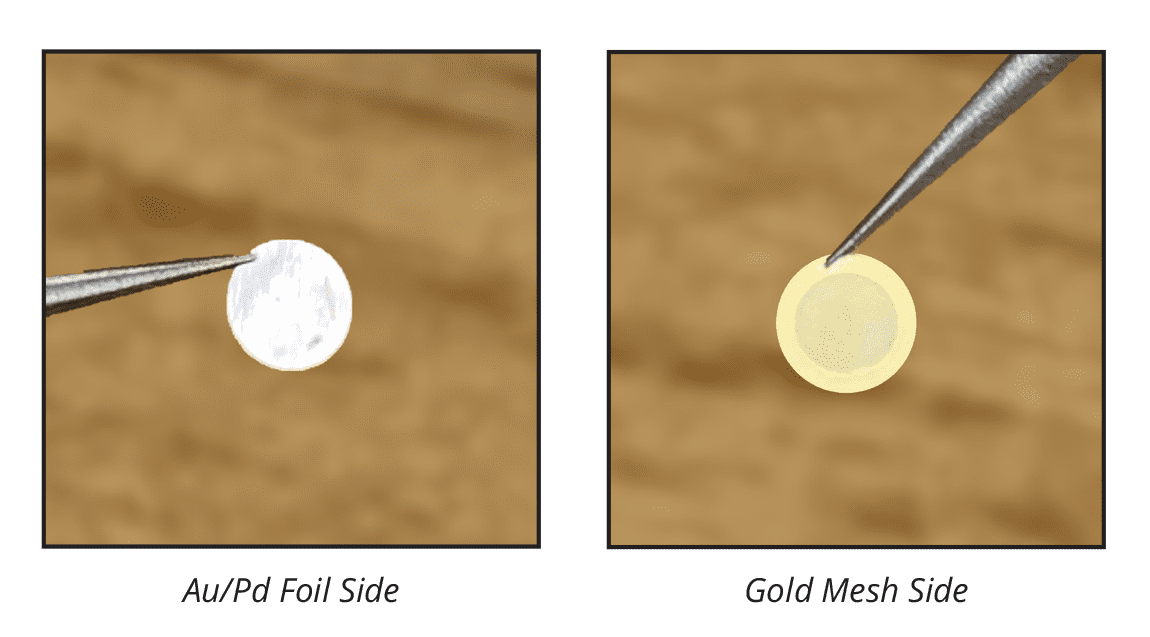 Readily Available
In response to the explosive growth of cryo-EM, Protochips quadrupled grid production in late 2018.  In 2019, Protochips added stocking distributors in Europe and Asia.  These efforts support one goal – to get grids to the worldwide Cryo-EM market faster.  Don’t wait months for your grids when you need them now.  Order direct from Protochips or from your local distributor today.