Leadership Team & Board of Directors 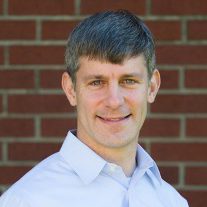 David co-founded Protochips after struggling with gathering data as a graduate student.  He and his colleagues often wished they would visualize processes at a very small scale, taking advantage of electron microscopy.  Protochips was the first company to commercialize MEMS technology in electron microscopy, revolutionizing the field of in situ microscopy.  His passion today is applying modern machine vision technologies to the field in order to greatly increase the quality and throughput of research.

David has board experience with other high tech start-ups, and enjoys participating in the entrepreneurial community in the Triangle.  David holds a Bachelors, Masters and PhD degrees in Electrical Engineering from Georgia Tech and from NC State.  In his spare time he enjoys being outdoors with his family, music and his Jeep. 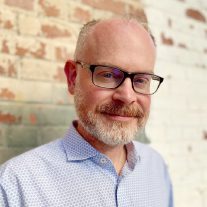 John Damiano was raised in Easton, PA.   After studying electrical engineering and working in the semiconductor industry, he co-founded Protochips.  In his role as CTO, John drives new product development for the company.  He is a strong believer that only the convergence of consumable, durable, and software solutions can fully exploit the power of the electron microscope and enable new discoveries in a variety of fields, including nanomaterials, batteries, and catalysts.

John is a co-inventor on more than 50 US patents.  Outside the office, he enjoys travel with his family, nonfiction books, and gin cocktails.

Mr Hudgins joined Protochips in 2018 as Chief Operating Officer (COO), responsible for manufacturing, materials management, and quality. In 2019 Lee’s role expanded to COO-CFO taking on the additional responsibilities of Finance and Human Resources.

Lee has a diverse background in semiconductor and consumer products servicing tier1 customers like Apple, Samsung, Sony, Home Depot, and Walmart.  Over the past 25 years he has held senior leadership positions in operations, supply chain, customer service, and finance with large cap companies including Qorvo, Cree, Kidde Safety, and Newell Rubbermaid.  Lee obtained his CPA, CA while working with Grant Thornton International in Nova Scotia, Canada. 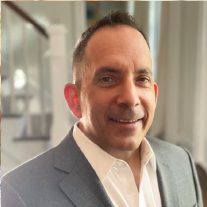 Joe has been involved in the electron microscopy industry since 1984, starting as an engineer developing systems enhancements for Scanning Electron Microscopes (SEMs).  He moved on to a major EM manufacturer, Hitachi, where he worked for almost 20 years in Sales and Marketing, ending his career there as Director of their Nanotechnology Group in the USA.  A 5-year stint with Veeco Instruments’ Metrology Division had Joe heading many of the Marketing groups there, from Product Marketing to MarCom, and finally to management of the Sales & Marketing activities for the Veeco Probes MEMS factory, all along working with the same labs he’d dealt with in EM.

Recruited back into the formal electron side of microscopy by Gatan, Joe spent 10 years there as Vice President of Global Sales managing the worldwide channel in excess of $180M in sales until the opportunity with Protochips convinced him to join this dynamic organization.  Joe is excited by the opportunities in front of Protochips to truly make fundamental improvements that bring unexpected and impressive enhancements in performance and productivity to the TEM community. 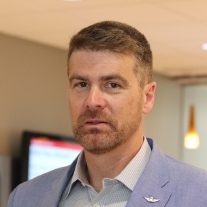 Michael Zapata | Executive Chairman of the Board

Mr. Zapata joined Protochips in 2006 and became an investor and Executive Chairman. Michael was a faculty member and the founding Director of the Technology Entrepreneurship and Commercialization Program at NC State University and the Associate Director of the Kenan Institute for Engineering, Technology and Science. He has served as the Executive Chairman of ArrayXpress, Entrepreneur-in-Residence at NC State University, member of the Export Council, has helped found more than a dozen tech companies, and has invested in dozens of startup companies throughout the world. He is a retired Lieutenant Colonel, having served as a US Army enlisted soldier then a combat Aviation Officer. He holds a MSM, MBA, and BSLSE from NC State University. 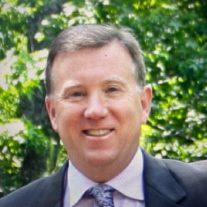 John has over 30 years of operational and board experience in the life science, material science and chemical industries.  Former CEO of Doe & Ingalls.  John led a successful exit of the specialty chemical firm to Thermo Fisher in 2012.  Currently, John is on the Board of Directors at Protochips, Decisiv, Inc (a SaasSRM company for the Class 5-8 automative industry) and CEO/Chairman of the Board at Rieke Metals, LCC (specialty chemical firm that manufacturers organometallic, fine chemicals and polymers for the life science, material science and renewable energy industries.  John also is an advisor to the President at Cemalt, LLC – a green, environmental cement company. 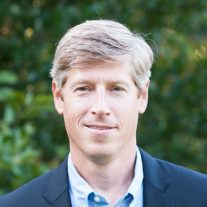 Henry is a Managing Director at Blue Diamond Capital, a private investment group focused on investment opportunities in small and middle market companies. BDC was founded with the purpose of investing in people that can grow and expand businesses.  BDC concentrates on providing strategic capital to companies that offer a unique and defensible value proposition in the life science, material science and adjacent industries that are facing the opportunity and challenges of significant growth. Henry and Blue Diamond Capital have been involved in supporting Protochips since 2017. He currently sits on the Board of Directors, serves as Chair of the Finance Committee, and is engaged with management and the financial operations team on several ongoing projects.

Prior to the founding of Blue Diamond Capital, Henry was most recently CFO at Doe and Ingalls and a Director of Finance at Thermo Fisher, both roles for a specialty chemicals distribution business focused on the life sciences and advanced technology industries.  Henry’s career has focused on providing financial and strategic guidance to ownership, leadership, operations and commercial personnel across a range of industries and he has significant acquisition and divestiture transaction experience of upstream and downstream assets as well as strategic add-ons.  Henry has significant experience in resource planning, capital allocation and private financings and has worked in both public and private companies as well as consulted across a range of industries.  Henry enjoys his role at Blue Diamond working with and supporting management teams like Protochips’ and enabling the professional and financial success of their people and businesses. 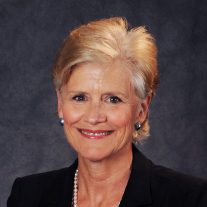 Sallie is an experienced investor in a diverse array of companies and institutional funds.   She has served on several technology-driven company boards across the US, taking them from early stages through to acquisition or merger.  She also has been active on numerous non-profit boards.  Sallie was an early, sometimes founding, investor in many of today’s leading private equity, venture capital and energy firms. She was most recently a managing director at BlackRock, from which she retired in 2018.  She also was a General Partner at Intersouth Partners and, prior to that, oversaw the private investments for Duke University’s endowment fund.  She was a co-founder of two investment firms, DUMAC, the management company overseeing Duke’s endowment and retirement funds, and Carolina Research Ventures, the fund established by UNC-CH to finance spin-outs of UNC technologies.

Sallie was a trustee at UNC-CH from 2007-2015. She also helped build the entrepreneurial foundation of the State of North Carolina through her work with the NC Biotechnology Center, Council for Entrepreneurial Development, Technology Development Authority, and Council for Entrepreneurial Development.   She also served on the Advisory Boards of numerous national venture and private equity firms.  She holds a BA in English and Political Science from UNC-CH and an MBA in Finance and Economics from Columbia University Business School. She has three children and three step-children. Her husband is a physician at UNC. 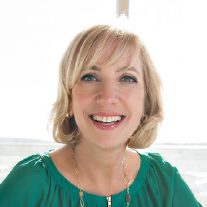 Jean Davis is a North Carolina based entrepreneur, angel investor, board member and technology policy consultant. Jean’s areas of expertise include global operations management, strategic planning, data privacy and technology policy. Jean began her career at IBM in RTP, NC and most recently served as the CEO at MCNC, leading a team of network professionals providing high speed connectivity , data center services and implementation of software and services focused on cybersecurity. Jean spent eight years living and working in Europe and has extensive experience in building business operations in Asia, Europe and South America.