In this Environmental Transmission Electron Microscopy (ETEM) study we examined the growth patterns of uniform distributions of nanoparticles (NPs) using model catalysts. Pt/SiO2 was heated at 550 °C in 560 Pa of O2 while Pd/carbon was heated in vacuum at 500 °C and in 300 Pa of 5%H2 in Argon at temperatures up to 600 °C. Individual NPs of Pd were tracked to determine the operative sintering mechanisms. We found anomalous growth of NPs occurred during the early stages of catalyst sintering wherein some particles started to grow significantly larger than the mean, resulting in a broadening of the particle size distribution (PSD). The abundance of the larger particles did not fit the log-normal distribution. We can rule out sample nonuniformity as a cause for the growth of these large particles, since images were recorded prior to heat treatments. The anomalous growth of these particles may help explain PSDs in heterogeneous catalysts which often show particles that are significantly larger than the mean, resulting in a long tail to the right. It has been suggested previously that particle migration and coalescence could be the likely cause for such broad size distributions. We did not detect any random migration of the NPs leading to coalescence. A directed migration process was seen to occur at elevated temperatures for Pd/carbon under H2. This study shows that anomalous growth of NPs can occur under conditions where Ostwald ripening is the primary sintering mechanism.

The authors used the Fusion system in an environmental TEM (ETEM) to study the sintering effects of model catalysts including palladium on a carbon support and platinum on a SiO2 support. Sintering is of major concern for catalysis as the surface
area must remain high for the catalyst to stay as active as possible. It was found that the Pd and Pt catalysis undergo Ostwald ripening as the main sintering process at high temperatures in the presence of oxygen as opposed to coalescence, which occurred in
rare instances. 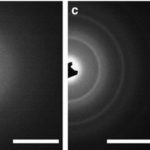 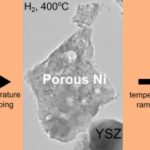 Synthesis and Low-Temperature In Situ Sintering of Uranium Oxide Nanoparticles 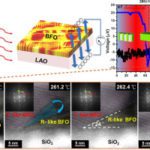 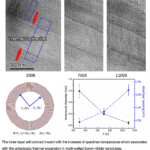