By using liquid phase transmission electron microscopy (LP-TEM), the dynamics of iron oxide nanoparticle (Fe-NP) attachment to carbon nanofibers (CNFs) and oxygen functionalized CNFs (CNF-Ox) were studied in-situ. The beam effect on the stability of the sample in various liquids was examined, and it was found that toluene provided the highest stability and resolution to image both CNF supports and Fe-NPs. Flowing particles dispersed in toluene through the liquid cell allowed direct monitoring of the attachment process at ambient temperature. Using CNF-Ox as a support led to a large extent and irreversible attachment of iron nanoparticle compared to a lower extent and reversible attachment of Fe-NPs to pristine CNF, indicating the influence of surface functionalization on colloidal particle attachment. The results were confirmed by lab-scale experiments as well as experiments performed with the electron beam switched off, verifying the notion that beam effects did not affect the attachment. This study revealed previously unknown phenomena in colloidal particle – support interactions and demonstrates the power of LP-TEM technique for studying such nanoscale processes.

The attachment mechanism of iron oxide nanoparticles to a carbon nanofiber substrate in a variety of liquid environments was studied using liquid phase transmission electron microscopy. Toulene was found to produce the best stability and imaging resolution. Nanoparticles were flowed directly into the liquid cell and their attachment to the carbon nanofiber was imaged in real time. 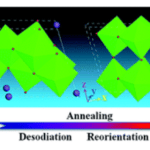 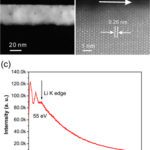