We demonstrate a generalizable strategy to use the relative trajectories of pairs and groups of nanocrystals, and potentially other nanoscale objects, moving in solution which can now be obtained by in situ liquid phase transmission electron microscopy (TEM) to determine the interaction potentials between nanocrystals. Such nanoscale interactions are crucial for collective behaviors and applications of synthetic nanocrystals and natural biomolecules, but have been very challenging to measure in situ at nanometer or sub-nanometer resolution. Here we use liquid phase TEM to extract the mathematical form of interaction potential between nanocrystals from their sampled trajectories. We show the power of this approach to reveal unanticipated features of nanocrystal–nanocrystal interactions by examining the anisotropic interaction potential between charged rod-shaped Au nanocrystals (Au nanorods); these Au nanorods assemble, in a tip-to-tip fashion in the liquid phase, in contrast to the well-known side-by-side arrangements commonly observed for drying-mediated assembly. These observations can be explained by a long-range and highly anisotropic electrostatic repulsion that leads to the tip-selective attachment. As a result, Au nanorods stay unassembled at a lower ionic strength, as the electrostatic repulsion is even longer-ranged. Our study not only provides a mechanistic understanding of the process by which metallic nanocrystals assemble but also demonstrates a method that can potentially quantify and elucidate a broad range of nanoscale interactions relevant to nanotechnology and biophysics.

The movement of gold nanorods in solution were observed and recorded in situ using LC-STEM. The relative trajectories of these nanoparticles were analyzed to analyze and measure the interaction potential between nanoparticles to study in situ self assembly mechanisms.
Keywords: Nanoparticles; Interactions; Dynamics 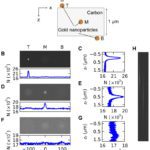 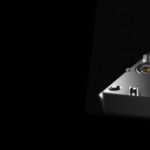